A twenty stretch for Senior Setter Out 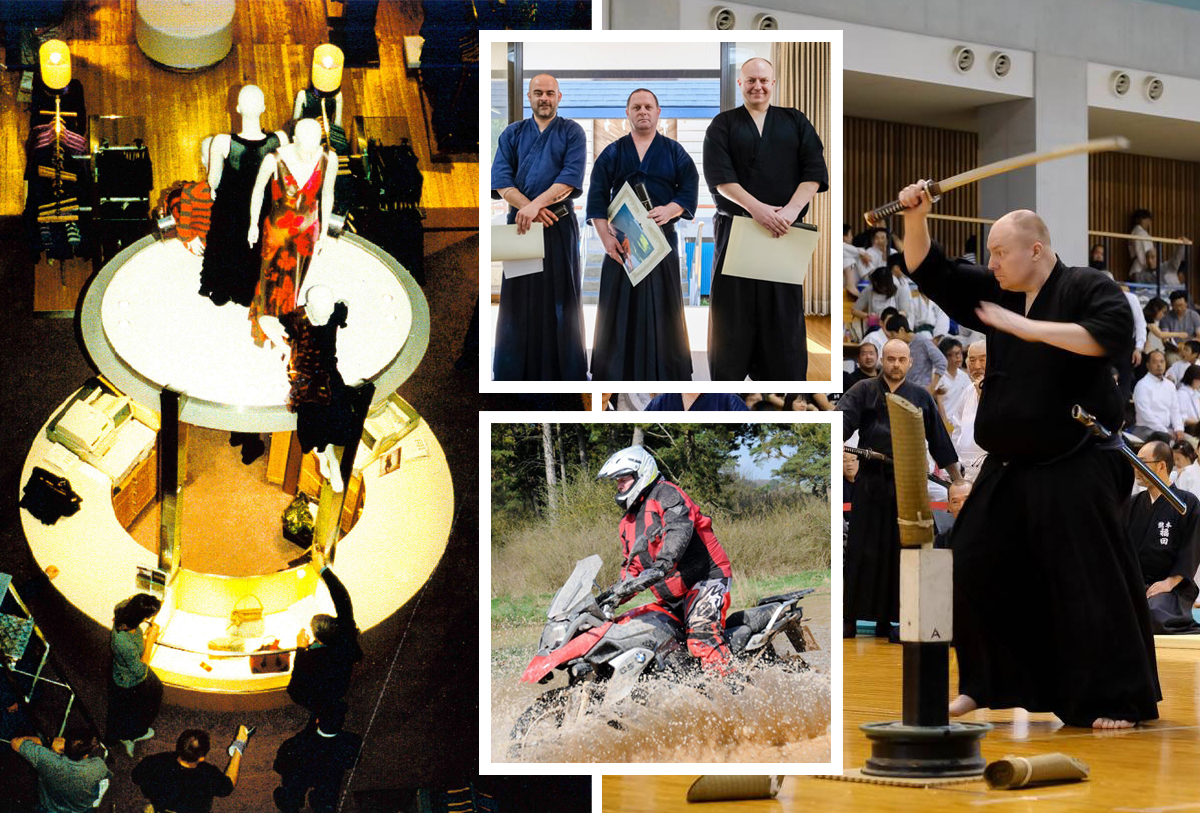 Paul is one of Guildprime’s longer serving team members and in this interview he shares his thoughts on twenty years at Guildprime.

How long have you worked for Guildprime?
It was twenty years in February (2019). You get less than that for murder - he jokes.

Did you always want to be a Setter Out?
No. In fact my first career choice was to join the Army. I was in the Army Cadets and many of my friends had older brothers who had joined up.

So why didn’t you join the Army?
I started working on building sites and earning money. With cash in my pocket, a pub to go to in the evenings and girls on my mind, all thought of an army career quickly vanished.

When did you decide you wanted to be a Setter Out?
Not for quite some time. During those early years I had many false starts, including stints as plasterer and electrician. I didn’t care for the wet trades and electricity seemed to take too much of a liking to me! Later I found I had a passion and natural ability for joinery and set about obtaining a City & Guilds in Advanced Carpentry and Joinery together with a City & Guilds in 2D and 3D Auto CAD

What has been your career path since becoming qualified?
A long-time friend of the family had a small joinery company, so I joined him working on the tools. Whilst there I became friends with a joiner working on the bench next to me. Through him I was introduced to Kevin Potter, MD of Guildprime.

How did you become a Setter Out?
Kevin was looking to expanding the Guildprime workshop and offered me job as a Carpenter/Joiner which I took. Little did I know, but within weeks I found myself manufacturing and installing entire retail shops for the likes of international brand names such as Dior, Mulberry and Marc Jacobs. With my CAD experience, I also found myself preparing drawings for manufacture approval. Guess you could say slipped into being a Setter Out.

What project from that period do you have fondest memories for?
Difficult to say! I guess it would have to be my first solo project; setting out, manufacturing and installing the Cash Desk for Liberty of London.

Fast forward twenty years, how has your job changed?
I now manage a team of Setter Outs and external suppliers, so there’s more management and admin involved. I also manage the IT systems for the company and have gained a MCSE and ECDL in Excel and Access. Which means I’m also the go-to person when it comes to IT issues. Though I still get time to have a hands on role in preparing drawings. Another role I enjoy is finding ways to accomplish some of the more unusual features designers include in their schemes. Then there’s all the knowledge you gain over twenty years working in this game (fit out and refurbishment). You find you’re able to see and avoid potential problems before they occur.

That sounds a pretty busy work life, what do you do to unwind?
I’m a big fan of martial arts and train in ‘Iai Batto Do’ or ‘Fast Draw Japanese Sword’ in English. I visited Japan in 2016 and earned my 1st Degree Black Belt whilst there. More recently I’ve re-discovered motorcycle touring, off-road adventure riding and camping.

Finally what keeps you at Guildprime?
I’ve had plenty of offers to move! But as lame as it may sound I enjoy working here. I like the people and the clients, most of the time! And have had the opportunity to learn new things. Why walk away from all that!

A twenty stretch for Senior Setter Out

Paul is one of Guildprime’s longer serving team members and in this interview he shares his thoughts on twenty years at Guildprime. 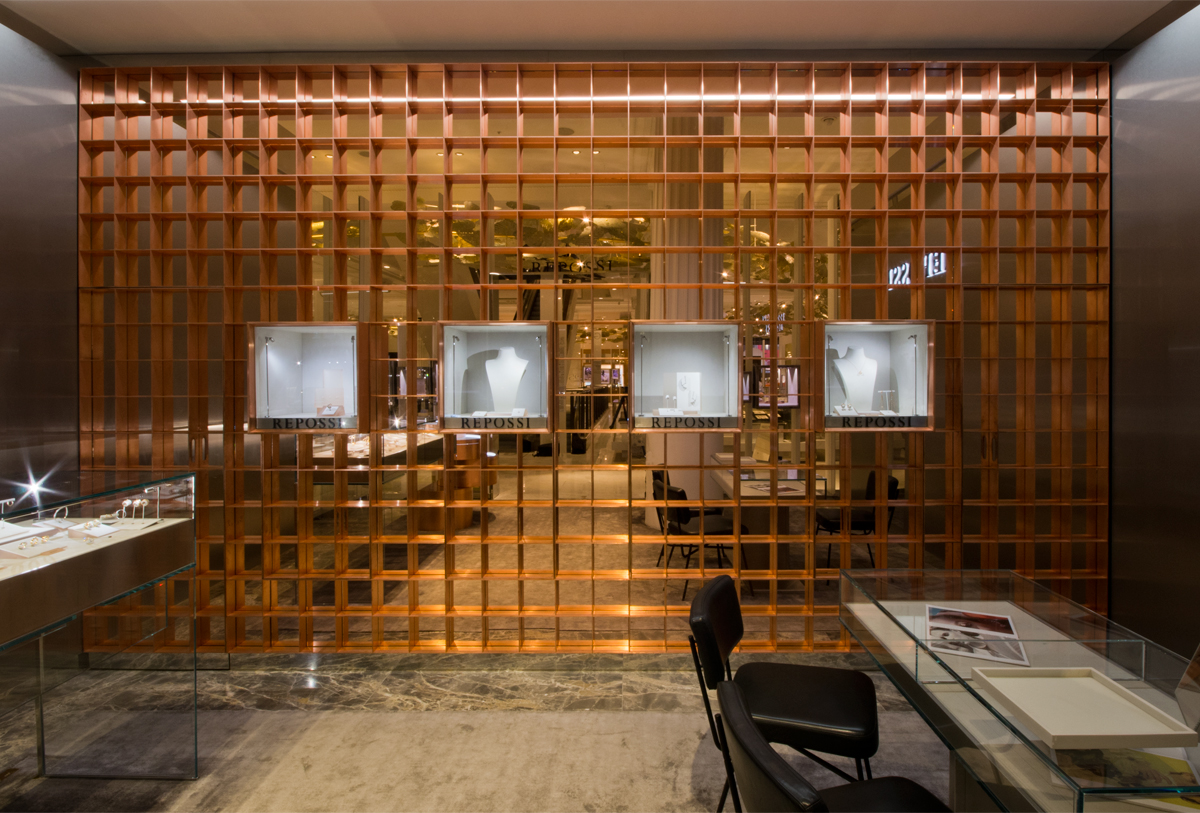 The Manufacture of a bespoke Feature Wall was one of the big challenges that the Repossi design team set Guildprime during the fit out of their boutique shop within the Wonder Room of Selfridges. 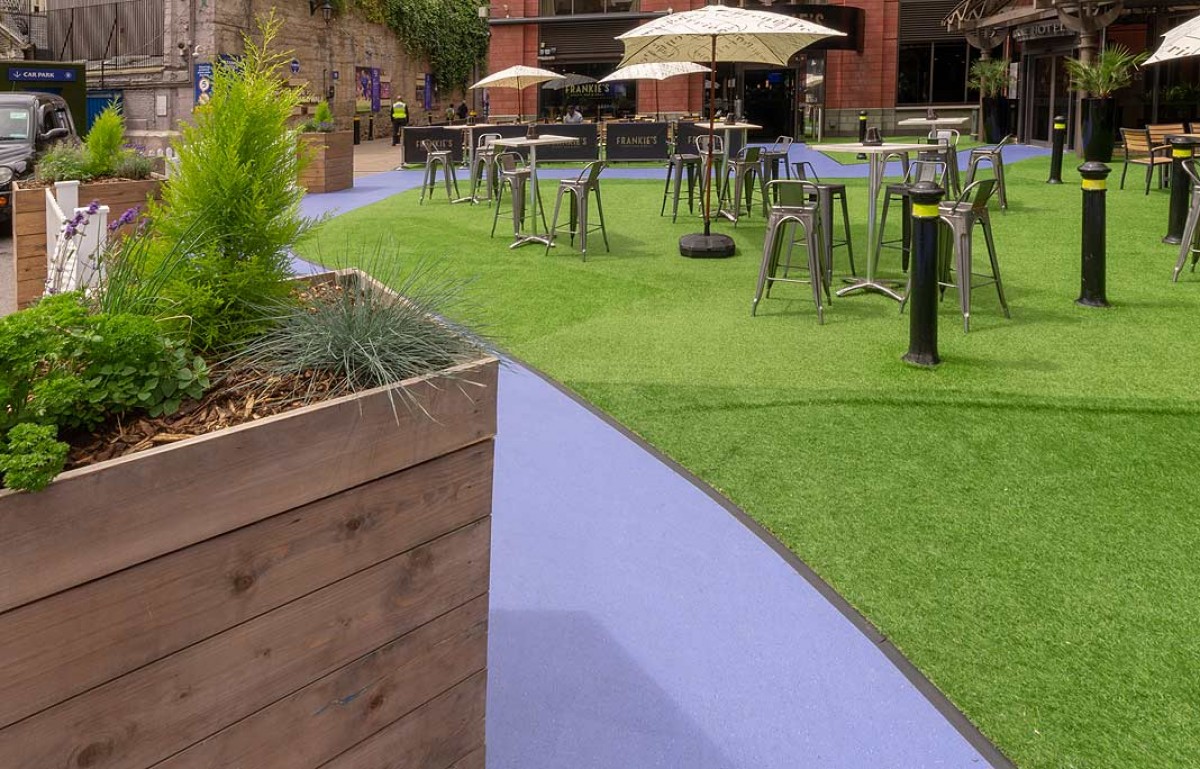 The completion of the 2018 Summer Garden outside of Frankie's Sports Bar & Grill could not have been better timed. With the winter we thought would never end now a distant memory . . . 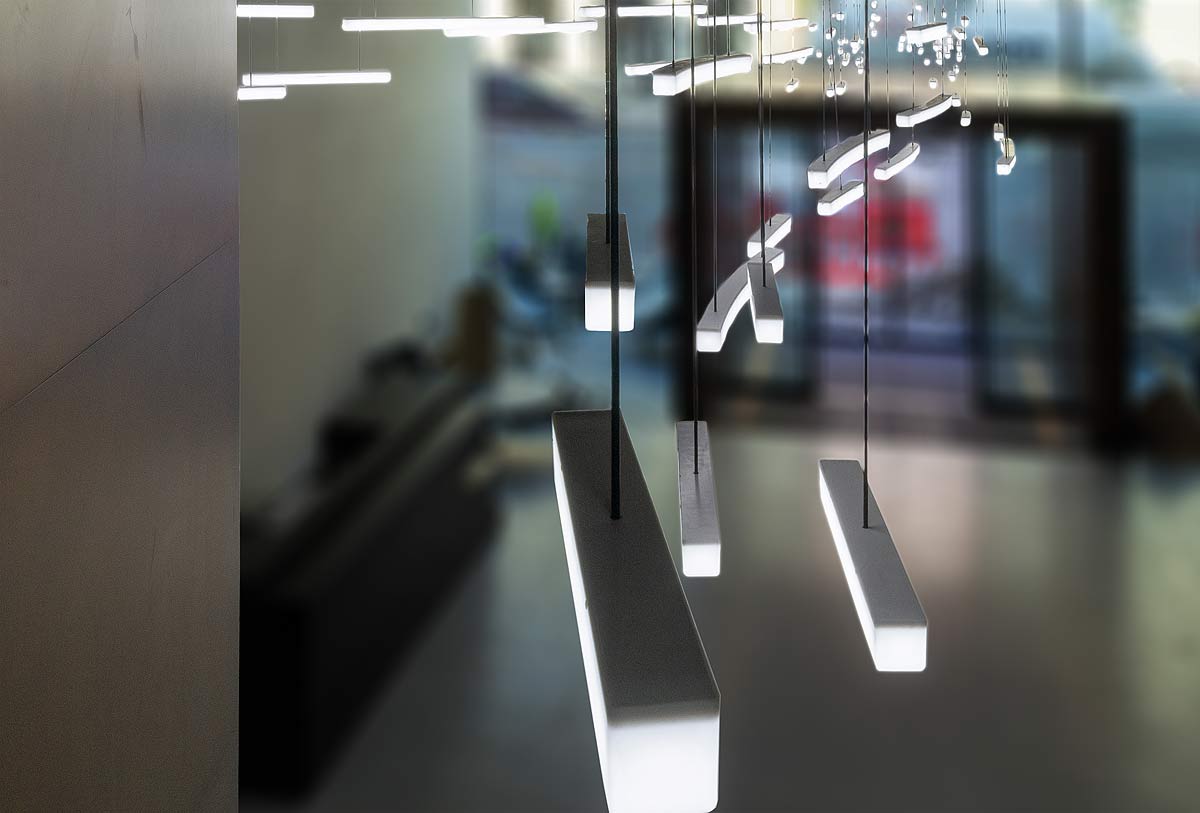 A truly stunning reception lobby with inspired conceptual design from Acrylicize over 11 floors plus mezzanine . . . 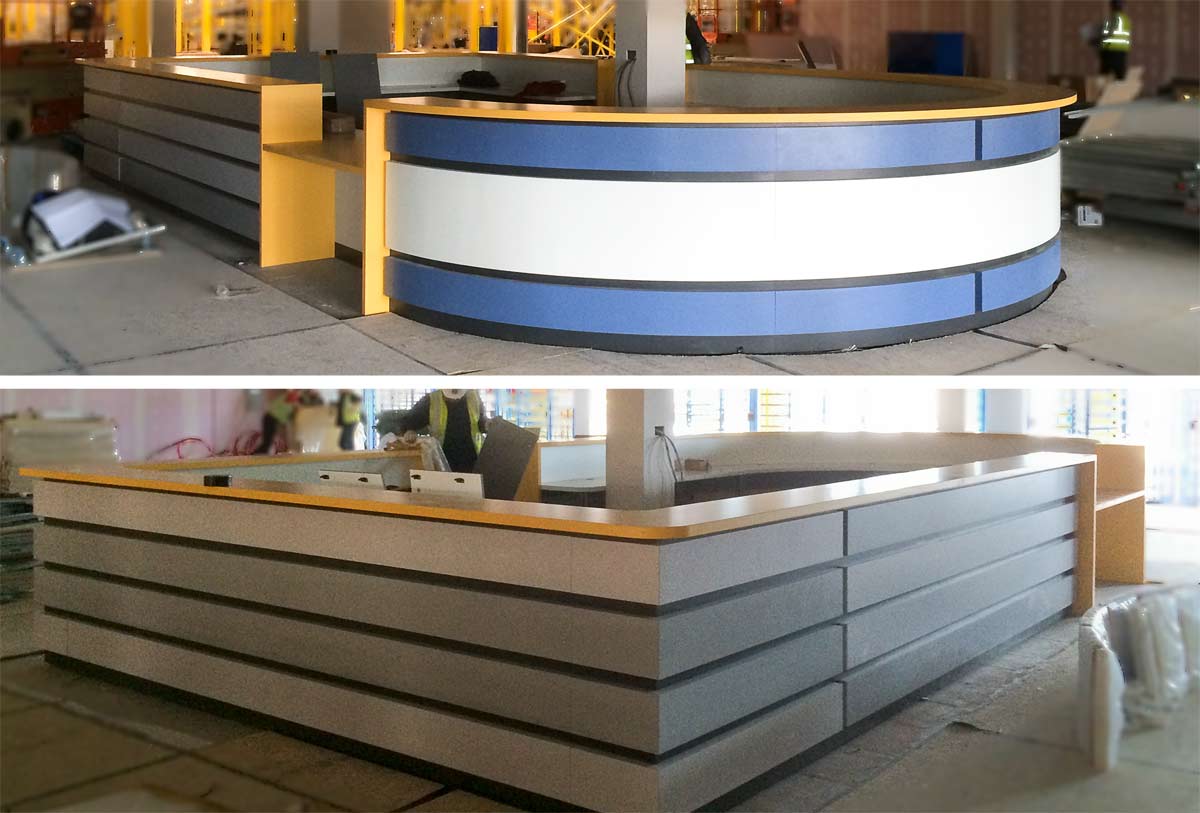 Reception Desks manfactured to order for Amazon, delivered and installed on time. 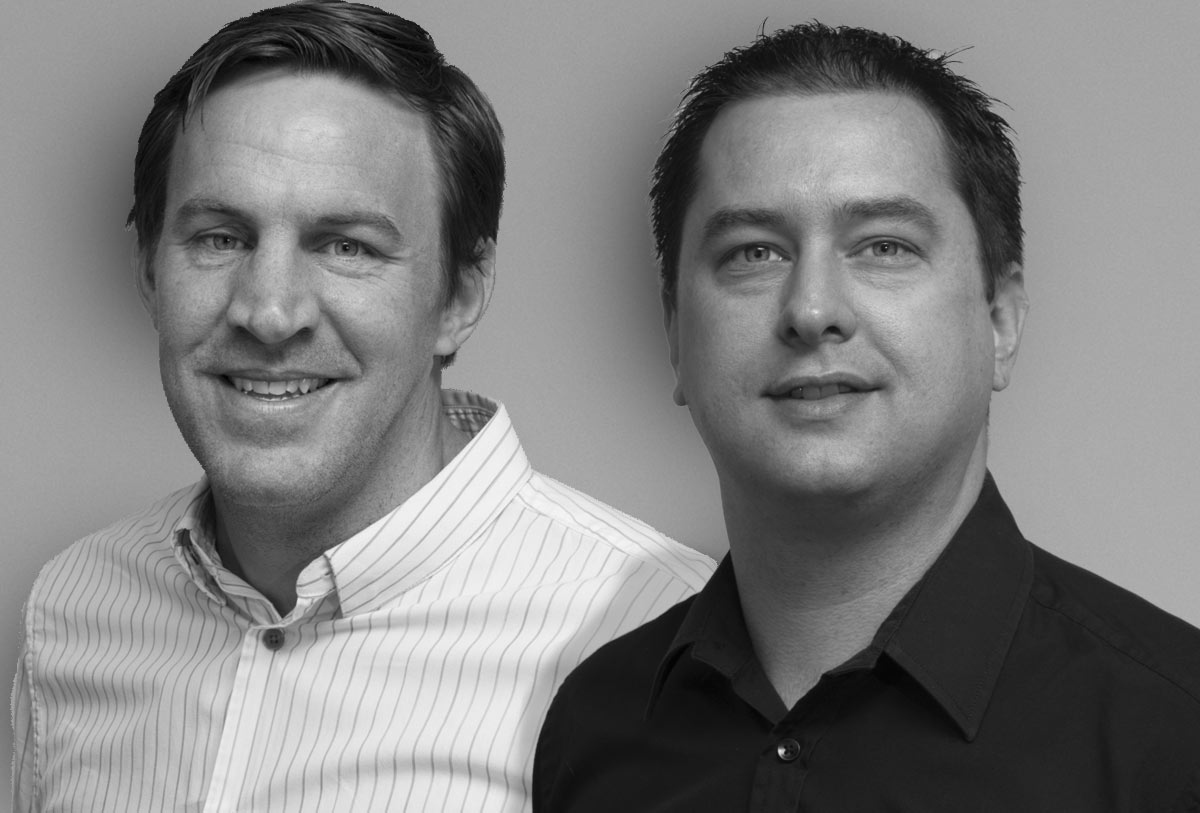 Continued commitment to quality and the environment 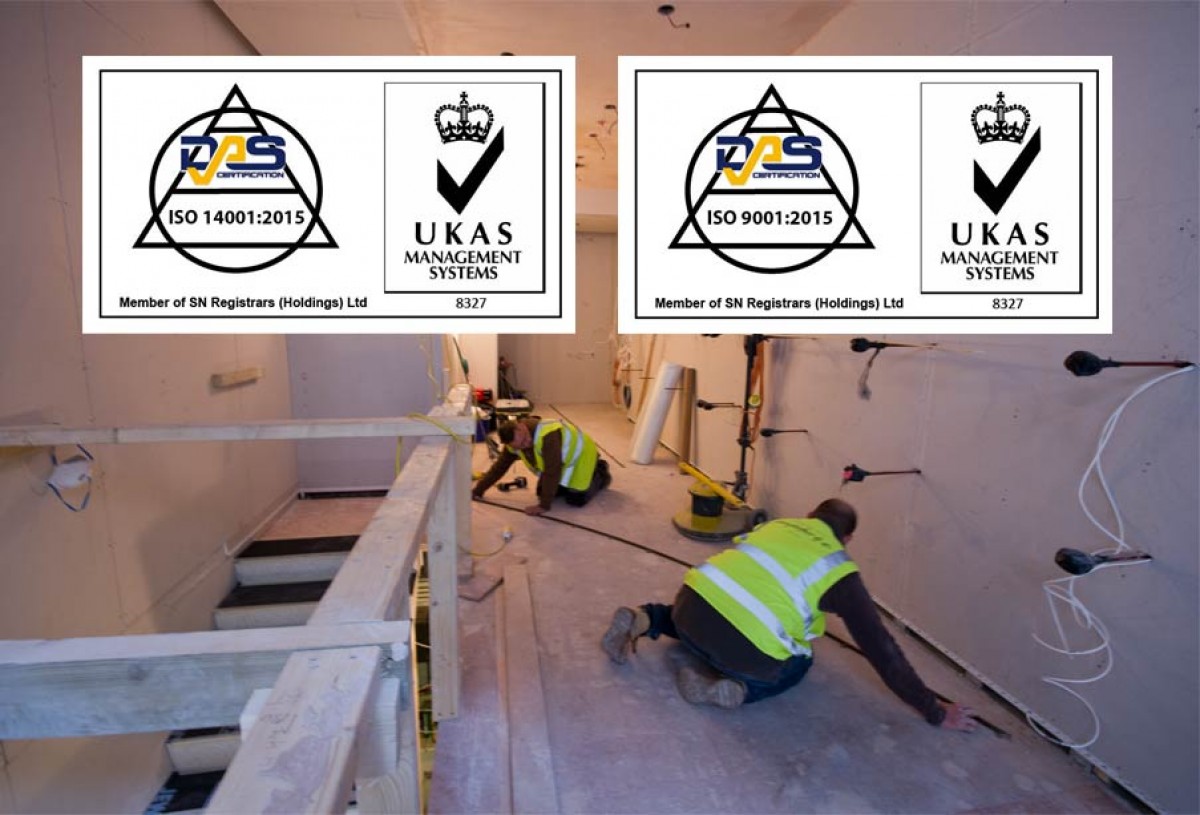 Guildprime completes the role out of the new DKNY brand logo in thirty nine stores across UK and Europe . . . 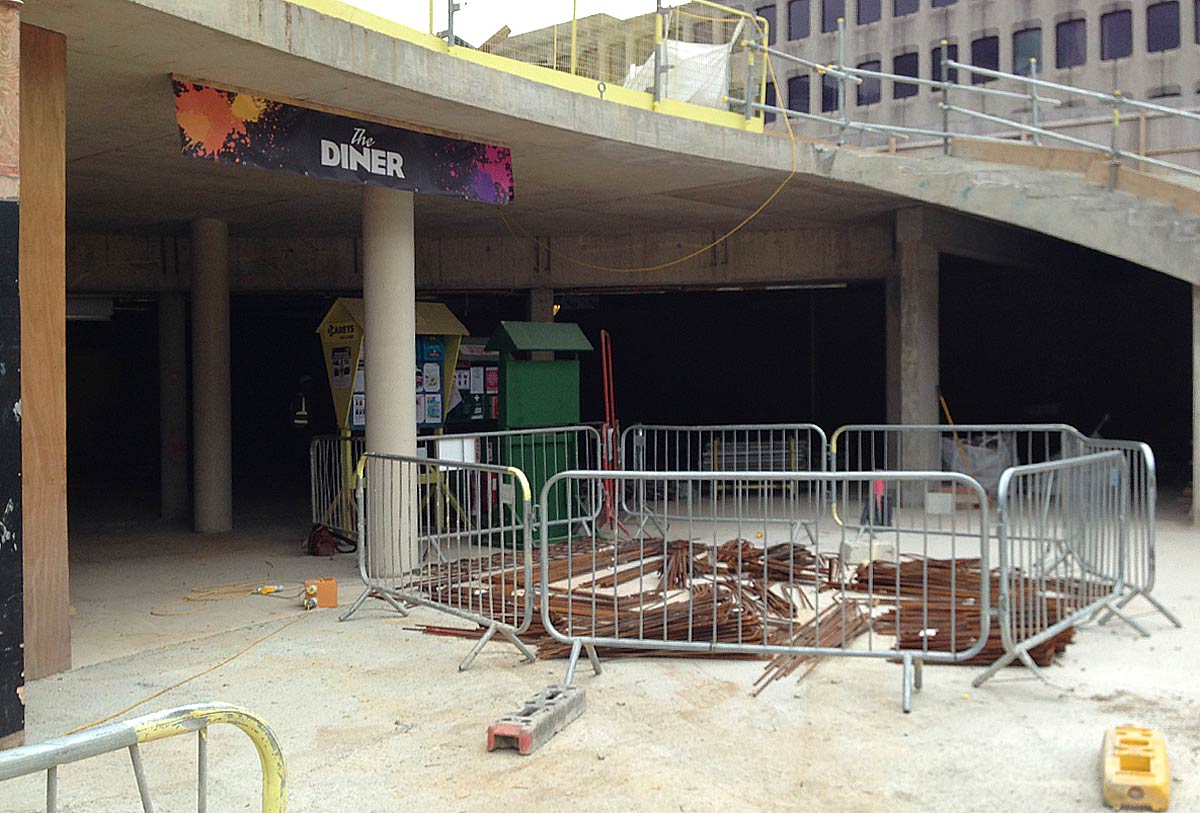 Guildprime are excited to announce they have been selected to fit-out The Diner's tenth restaurant and first outside of London . . . 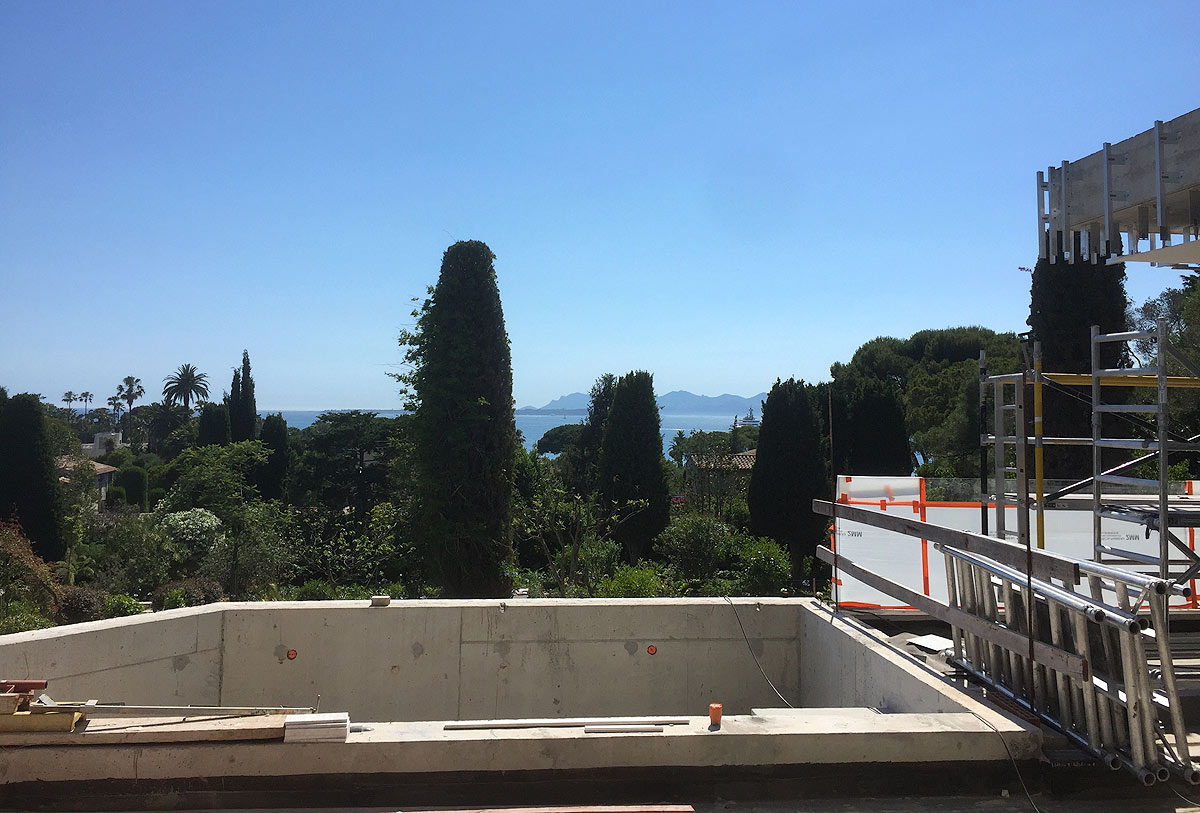 With five bedrooms each with on suite bathroom, extensive living accommodation, three swimming pools and views of the Mediterranean it's got it all . . .

This is where you will find news about projects we have started and features on work related topics - we hope you enjoy them.

"We truly appreciate all your efforts and hard work to make this flagship location a true showcase on one of London’s most notable shopping streets."

"Thank you for the shop in Tapiola, it looks great in the main entrance!"

"Always quick to find a solution and never hesitating to help, despite the fact an issue may not be directly related to you - going above and beyond!"

"Let me take this opportunity to thank you and your team for your hard work, and for completing these two projects on time, within an extremely short programme." 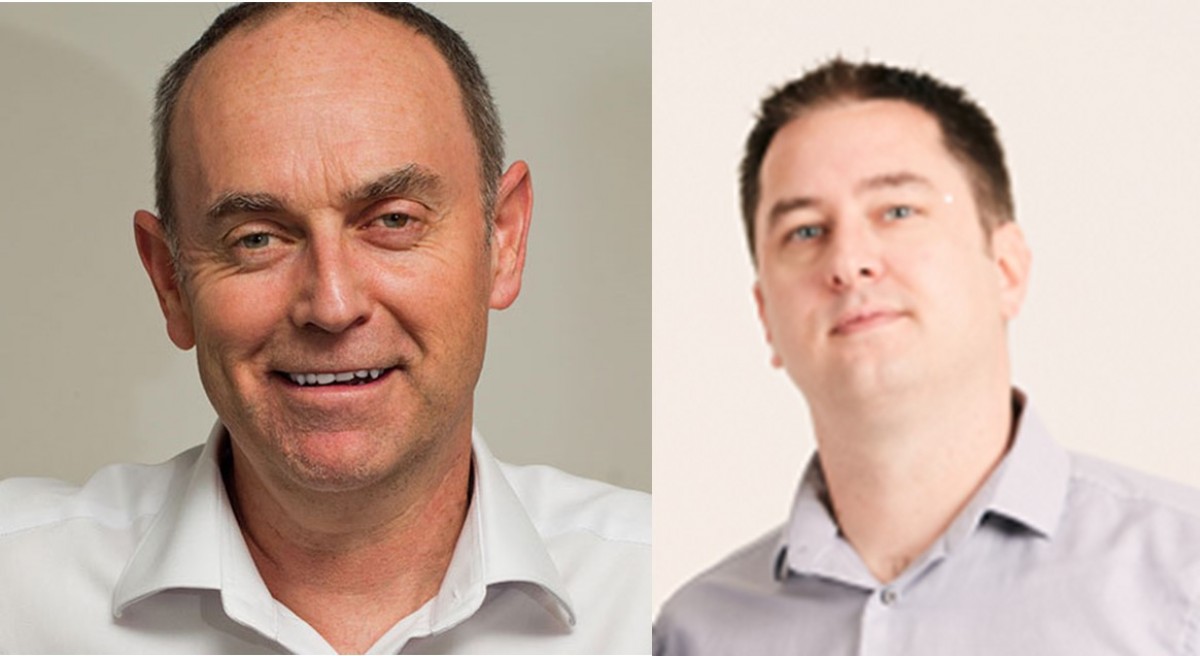 We are happy to announce the the promotion of Paul Hack to MD with Kevin Potter becoming CEO. 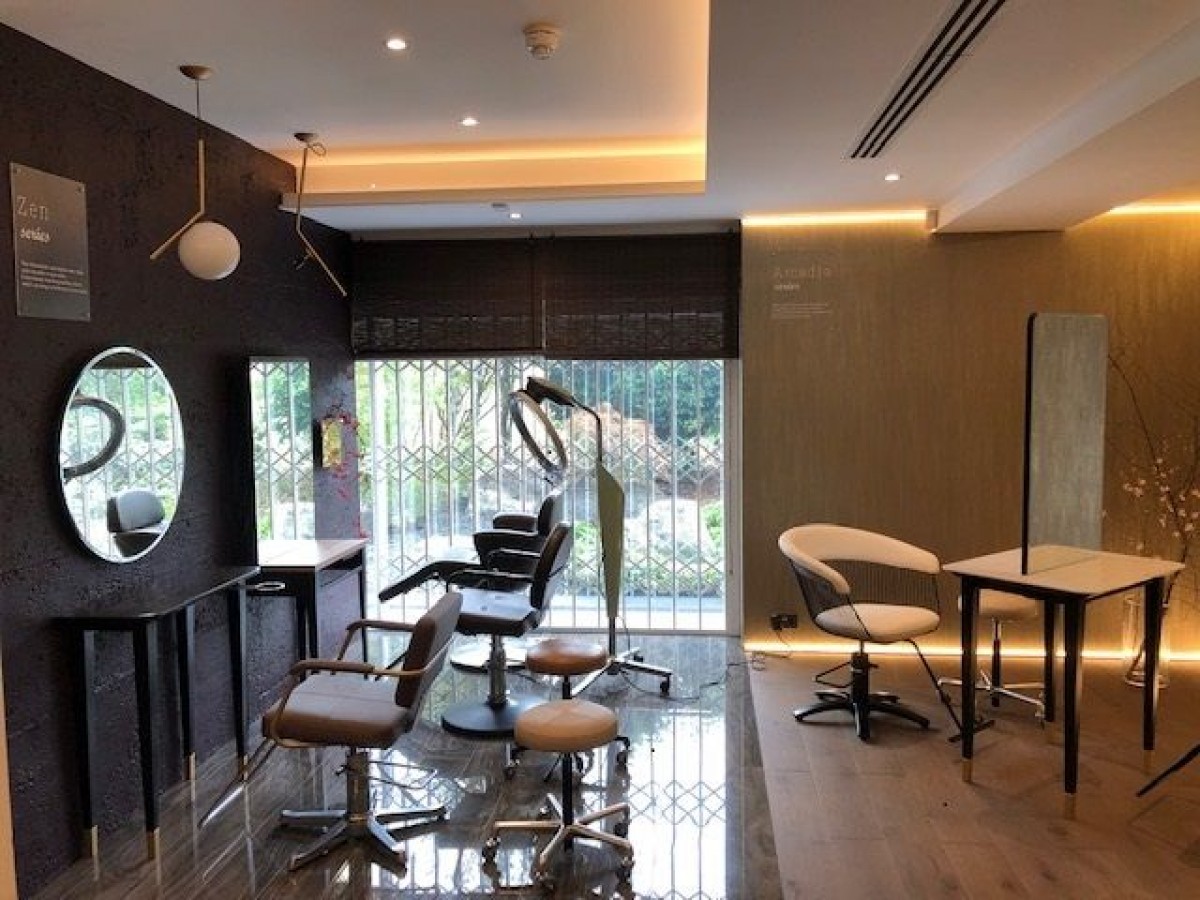 Guildprime was selected by a manufacturer of high end barber and dental chairs to transform an old storage space into a showroom and training area. 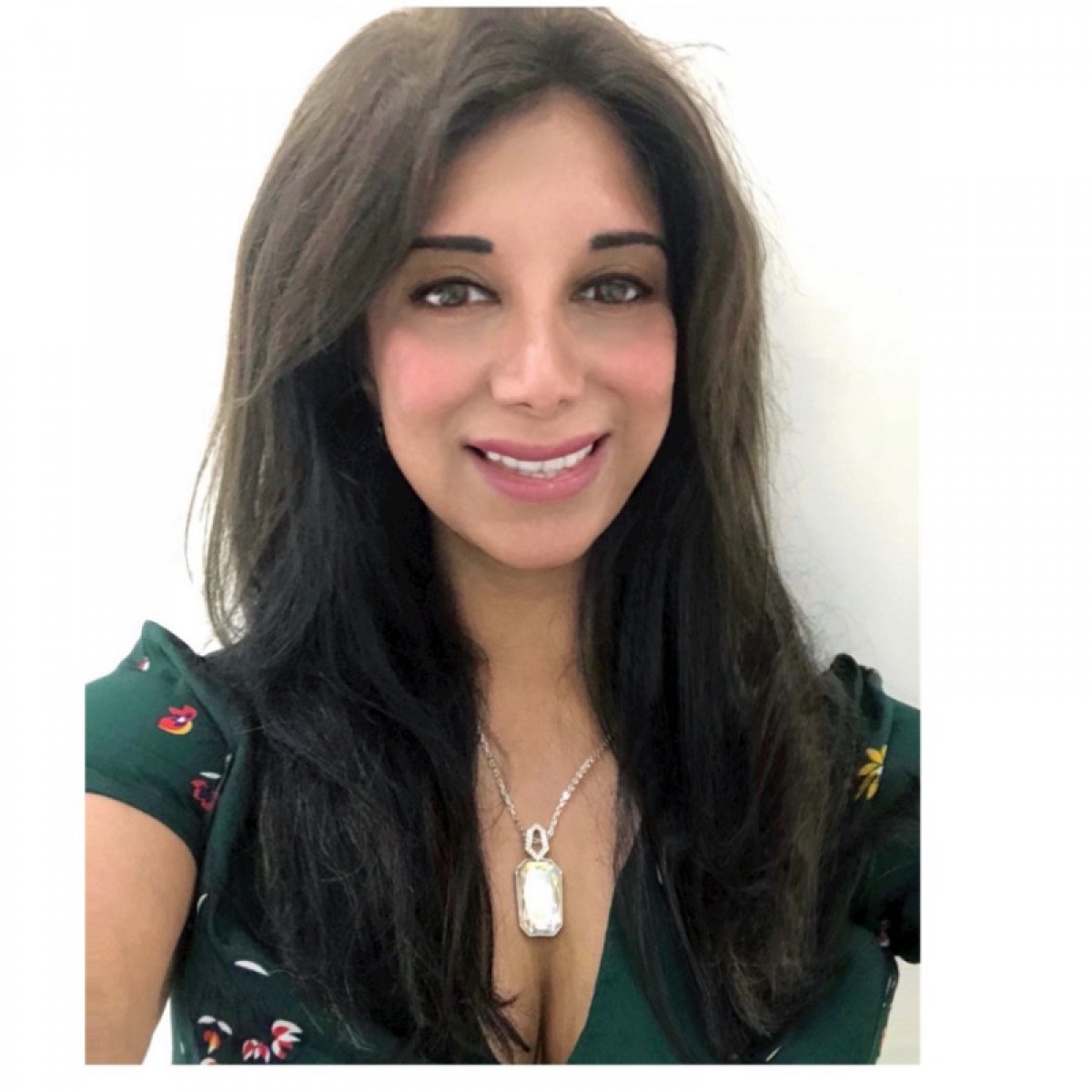 We are happy to announce the appointment of our new Chief Strategic Officer, Dita Sen-Gupta

If you need a partner to deliver your fit out or refurbishment challenge, you’re in the right place. Enter your email to get in touch.